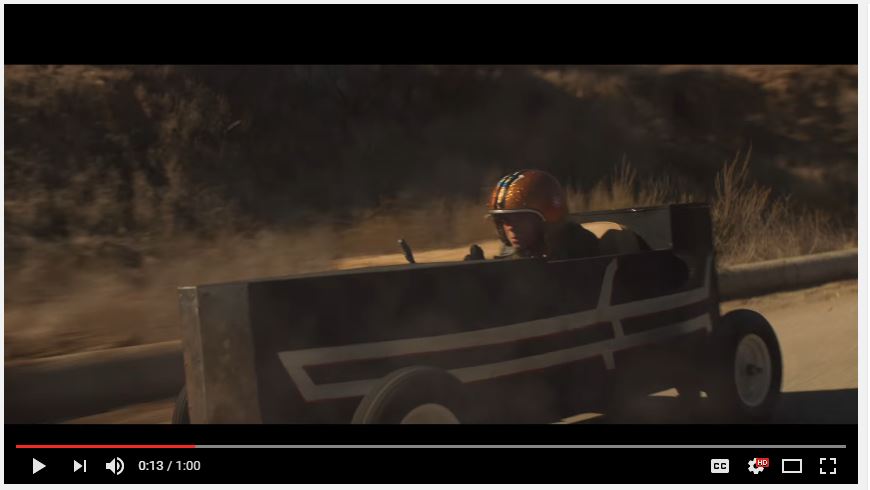 The Super Bowl is more than just the biggest NFL game: it is THE event in the US that combines all branches of sports, entertainment, pop culture and advertising into something unique. This idea has been around a while but even non-sports fans find themselves tuning in if only for increasingly spectacular Half-Time concerts (seriously, Lady Gaga SLAYED everyone at our office) but also the big budget commercials. Every Super Bowl gives us a buffet of creative “advertainement” that will be studied by marketing professionals for years to come.

THIS holds especially true if you love cars.  Sunday’s Big Game commercials are all about the big-budget the world’s automakers and industry adjacent companies use to show the country, the WORLD, their latest and greatest lineups. Today at Endurance, while the Falcons fans under our roof nurse their  wounds and the Pats fans celebrate loudly and our Gaga fans re-share that amazing performance; we’ve gathered all of this year’s car ads for your convenience.

Whether you’re watching these for the first time or missed them during broadcast or just need a point of reference, here you go!

The luxury automaker tugs at the heartstrings with their poem on gender equality. As his little girl wins a soapbox derby, a father fusses about her experiencing childhood in this present reality where “her father is worth more than her mother.” They drive off in their $40,000+ luxury sedan, and we are informed that Audi is resolved to equivalent pay and rights, since that is a more grounded message than, say, parent Volkswagen’s soiled “responsibility” to clean diesel. The soapbox derby car was sadly left by the roadside.

“When we were young we rode on the backs of dragons.” And then mankind discovered how to combine grace with power, etc. The Italian automaker throws a bunch of glorious High-Def images at us intercut in ways to demonstrate how Alfa Romeo commits its resources to “the ability to reinvent ourselves.” The blend of alluring text and imagery accentuate an equally beautiful car.


This spot is a master class of creative energy and execution. Big names including Tina Fey, Robert Redford and Missy Elliott encourage people to take after their fantasies through talking heads of their genuine school yearbook pictures. “Maybe don’t dress like this, but play the clarinet,” says Jimmy Kimmel, in blue ruffles. “You may fall flat on your face, but technically that’s still moving forward,” says Amy Adams as she gives us an adorable hear-flip. The only thing we thought was off is how loosely tied the ad is the CR-V…which the commercial compares to a dream for us and Honda to follow.

Airing just before kickoff, which we do believe still counts as Super Bowl advertisement, this spot sensationalizes the dangers of being trapped: on a ski lift, in a wet suit, bolted out of your home. Nina Simone sings “I Wish I Knew How It Would Feel to Be Free.” And after our cast get unstuck, Ford drives home its message about the innovations its lineup utilizes to help move us on our way.

We see people bombarded w/ texts saying come quickly:” a spouse to his pregnant wife, a mother pining for her child to come home. As “Stay Alive” by Swedish craftsman Jose Gonzalez plays, Michelin tires help to drive our cast safely and securely to where they are required. The narration was…fine but the direction that emphasized the importance of quality tires was what raised our eyebrows.


This promotion played after the game but that wasn’t a terrible spot to be in. Even if you were a viewer moaning or celebrating this was a good way to cool down. The spot went out on a limb by shooting live DURING the game and edited on the fly. The outcome was a real heart-tugger: U.S. servicemen and ladies at a base in Poland got the opportunity to see the Super Bowl, and their families, in virtual reality settings. Well done Hyundai.

“If that’s a Buick, then my kid is Cam Newton,” says a dad at a pee-wee football game, as said vehicle pulls into the parking lot. Presto. The star QB is under center, and he fires a bullet pass that a tot miraculously catches. This spot is more old-school than the image Buick is now trying to project, yet it still possesses a certain charm. Who doesn’t enjoy seeing a referee turn into supermodel Miranda Kerr?

An artist, a soundtrack, and a car auto: Sia sings “Move Your Body,” artist Lil Buck follows up on her recommendation, and the auto, Lexus’ new LC, is instilled with the same soul, of the effortlessness and physicality that an awesome artist and dancer and singer can pass on. It’s all razzle dazzle however the ad did both exceptionally well.


The little company from Bolingbrook, Ill., showed off their most daring Super Bowl advertisement yet. More than simply touting that their trademark  auto mats are made in America, it delivers us a thrilling a scene in which a lady in a spy-movie style jumpsuit jumps a car to deliver a new mat onto an car’s floor in the nick of time to shield it from a spilled drink. Cool.

Tasked with protecting the whales, trees and rhinos, Hollywood star Melissa McCarthy suffers various comedy pratfalls  while battling to save the world. If you are remotely familiar with McCarthy’s work (which if you’re not, please watch more TV and movies), you’ll know that she’s one of the best reactive comedy performers in the biz. Only McCarthy could have takes a serious message like: “It’s hard to be an eco warrior, but it’s easy to drive like one” and turned it into prime time comedy gold.

Academy Award winning directors the Coen Brothers create a biker bar where every song on the playing the jukebox is “Born to Be Wild.” It seems that some hardcore action is unavoidable at said scenario. But BOOM none other than “Easy Rider” actor Peter Fonda, now driving Mercedes-AMG’s GT C roadster shows up. If this doesn’t get our baby boomer readers/audiences hearts racing, perhaps nothing else will.

So there you have it! Some of the best automotive advertising we’ve seen this year so far (the year is still young but the bar is pretty high now). What was your favorite? Comment below and let us know! OR you can sound off about how amazing Lady Gaga’s show was, no seriously feel free!