Merging Lanes: Are You Doing it Wrong? 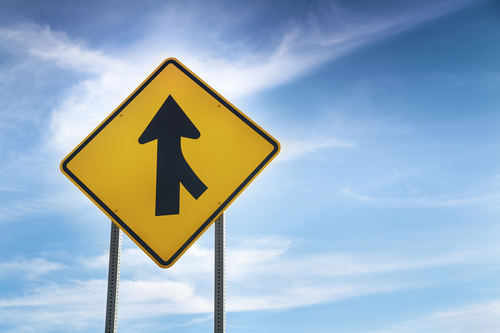 The first car that I ever owned was one of those sporty compact coupes, popular among young adults. It meant my head was below the beltline of most full sized cars. Anyone with a car like that knows how you could be rendered invisible to many cars on the highway, especially in bumper-to-bumper traffic.

As a defensive driving precaution, I quickly learned to always have an escape route on the freeway in case the driver of the vehicle next to me decided to make an unannounced lane change into what they believe to be an empty spot. Maintaining a large following distance from surrounding cars was a priority. It also helped to stay out of the merge lane, because many drivers tend to merge onto the freeway by looking dead straight ahead, accelerating below the speed limit, and rolling down said merge lane until it ends (this is dangerous). I, as well as many other drivers have had occasion to honk our horns at seemingly oblivious drivers merging right next to us. 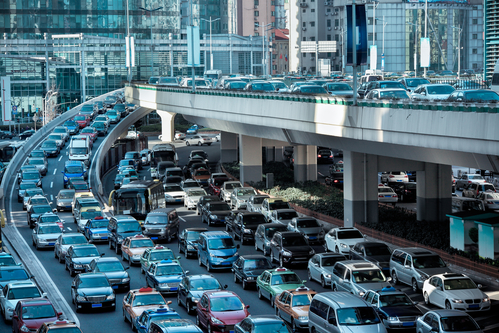 Most states place the responsibility of merging solely on the traffic in the lane that is ending. Illinois is one of the few exceptions, and only with regards to freeway on-ramps, where the law of that state places a mutual responsibility on traffic in both lanes to adjust accordingly. Then there’s Texas, which actually allows merging traffic to drive on the shoulder after the lane, and to accelerate on that shoulder, if it’s necessary to secure a spot in traffic. The discrepancies in state by state laws aside, I think that if you asked most people, especially people who consider themselves “car guys,” they’d tell you that safely merging onto a freeway is the absolute and complete responsibility of the cars arriving from the on-ramp. It’s common to have a negative opinion of drivers who aren’t paying attention, and the typical uncaring merger is the model of that frowned-upon behavior. Words can’t even begin to describe the sudden frustration mixed with fear that overtakes you when you to have to hit the brakes just because someone’s acting foolish in the CUV coming onto the Interstate.

However, anger certainly doesn’t solve the issue. As we all know, cool heads prevail on the road but we should at least be inclined to basic understanding of the rules of the road, something these seemingly incompetent on-rampers are missing. I mean if you were to pause and think, you’d realize that merging onto a freeway is one of the most demanding tasks every driver will ever have to face. They are accelerating up a hill into a situation that requires they look both ahead and behind them at the same time. Sure, we assume a competent driver can look well ahead, observe the position of every vehicle in the lane, and slot right in, but most people aren’t very good at looking ahead on the road. If you want an idea of how far most drivers look ahead on the road, wait until the next time you see a state trooper on the median and watch how late people are hitting their brakes. No one’s sight is perfect. 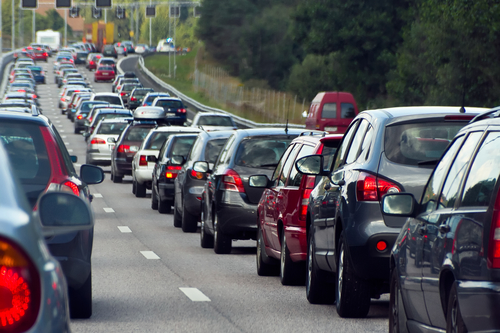 So there you are, the typical driver, trying to find a hole in traffic when merging or because you know you have to exit the road soon. Your may or not be good at quickly adjusting position in any direction. When in doubt, you’ll do what you might default to what you learned in Driver’s Ed: you’ll use you brakes to reduce the speed of your merge. However, if you try to brake and turn at the same time, you’re might accidentally activate your stability control. It leads to some scares and so it’s no wonder that I’ve seen plenty of cars just stopped dead at the end of on-ramps waiting for a thousand feet of clear space. That’s what happens when a driver simply can’t process the situation well enough or feel comfortable making a judgment call.

Now let’s compare that to what the average driver who is already in the right lane of the freeway is doing. They already have appropriate speed and therefore can more easily adjust that speed. No driver in this position needs to change lanes at the same time. It’s enough to slow down a bit or, if possible, speed up a bit. That makes the hole for the merging driver possible and thus both will be able to continue on their way. They’re in a safer position and therefore don’t have to think as hard at the merging drivers. 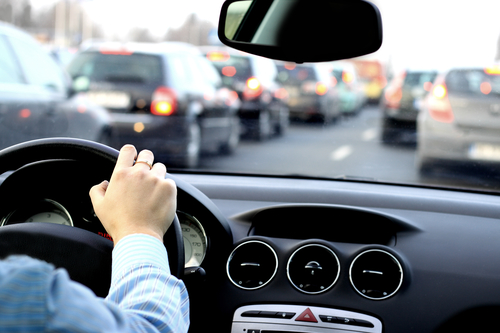 Think about the above for a moment. Does it really make sense to have one driver that is over-thinking and others not thinking enough? No, because much like a computer, you should be free to allocate tasks so both everything is operating appropriately. It’s this weird imbalance that occurs when we place more responsibility on one party over the other with regards to safe merging.

So how does a “car guy” rectify all of this? Well, think of that commute as any other function of society. A little charity goes a long way and you should be open to using some of your excess capacity to assist people who don’t have enough capacity themselves. If you do your best to make things easier for other drivers who are perhaps old, or sick, or operating imperfect vehicles, then perhaps someday, when you are in a similar jam, someone will look out for you. Take my advice, though: if you want drivers to look out for you, they have to be able to see you. So drivers coasting on the freeway, should stay aware as if they were in the merging lane and those on the merging lanes, get the attention of the cars in position. There’s no real “trick” to merging “properly” but maybe at the very least there should be an unspoken cooperation between all driver on the same road.