From Ford to Aston Martin: Our Favorite Bond Cars 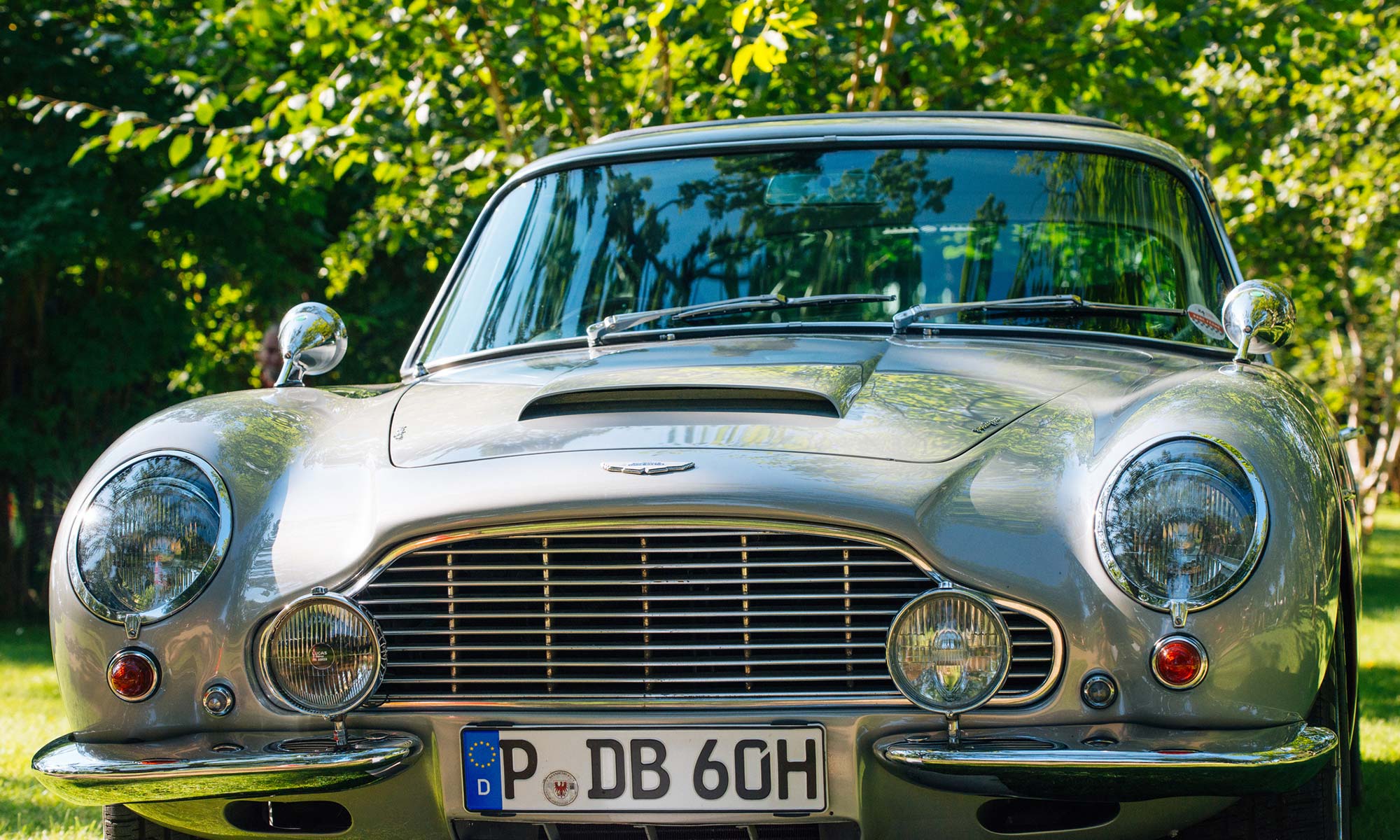 Having first hit the big screen in October of 1962 in London, the iconic character of James Bond has gone through many different iterations. From Connery, Moore, Dalton, Brosnan, and the rest, there have been many great actors to fill the stylish shoes of 007 over the last 60 years. The latest film, No Time to Die, will be the 25th movie in the franchise produced by Eon Productions and will be actor Daniel Craig’s last mission as the iconic character. But along with memorable actors, thrilling chase scenes, and Bond’s endless charm, the 007 franchise has also become well known for something else entirely — the cars.

These iconic vehicles embody the spirit of James Bond and therefore make their way into the movies. To celebrate the latest installment of this legendary franchise, here are our picks for the best cars from the James Bond franchise.

As the franchise’s third film, Goldfinger starred the legendary Sean Connery and saw James Bond on his way to the United States. His mission? To prevent the villainous Auric Goldfinger (Gert Fröbe) and his henchmen’s attempt to destroy the world economy by infiltrating Fort Knox! Of course, it’s up to Bond to save the day.

As for Bond’s vehicle of choice for the film? A 1963 Aston Martin DB5, of course. To this day, the Aston Martin brand remains the premier car of choice for the Bond franchise and is featured in more Bond movies than any other. And based on the DB5’s sleek and stylish designs, it’s hard to argue why this Aston Martin is considered THE original Bond car to many and why it remains one of the best to this day.

In the seventh film (and Connery’s 6th), Diamond Are Forever saw Bond set out to discover who has been smuggling priceless diamonds. Under the guise of “Peter Franks,” James does what he does best and heads undercover with the help of Tiffany Case (Jill St. John) in what would be Connery’s last (official) time playing the character.

This car is another classic from the Bond series and one of our personal favorites. While not “officially” Bond’s vehicle first, as the Mach 1 was first initially driven by Case in the film. However, the film’s most memorable sequence comes when Bond finds himself in the red Ford Mustang Mach 1 during an action-packed chase through Las Vegas. Bond pulls off an iconic chase scene move by narrowly squeezing into an alley by propping the Mach 1 up on the vehicle’s two side wheels during this chase.

In the 12th film of the franchise, For Your Eyes Only, Roger Moore is back as Bond as he’s sent to recover a communication device, known as an A.T.A.C., which went down with a British spy ship. Because the Russians are also searching for this vital piece of technology, he must race against time before it falls into the wrong hands!

The Lotus Esprit is an iconic Bond car and even had two vehicles appear in the film in both white and copper. However, the white Esprit met an explosive end early in the film thanks to Bond’s “anti-theft self-destruct system” while on a mission in Spain. Thankfully, we still get more glimpses of this vehicle with the copper version used by Bond on his journey to Cortina, Italy.

In Pierce Brosnan’s second film in the titular role, Tomorrow Never Dies, Bond discovers that a former lover, Paris Carver (Teri Hatcher), has married a media mogul named Elliot Carver (Jonathan Pryce). The mission lies in the fact that Carver wants to complete his worldwide media empire, but he must acquire broadcasting rights in China for this to happen. To do so, he orchestrates what he hopes to be the start of World War III between the British and Chinese governments, but first, he has to try and get past 007.

While some may think there could have been more stylish vehicles to take the place of the 750iL, it’s hard to argue with its place on the list once you get into Bond’s features. Including an electric deterrent system controlled by Bond’s phone, a rocket launcher, re-inflating tires, and even tear gas for a quick getaway. The car even had a remote control feature that Bond used during one of the film’s most memorable sequences.

While being the 21st official film, the 2006 release of Casino Royale took Bond back to his origins on his first assignment as a “00” Agent. It also happened to be Craig’s first appearance in the role as well. Throughout the film, Bond becomes involved in the struggle against Le Chiffre (Mads Mikkelsen), an evil banker who helps fund terrorist groups worldwide. However, after a string of “bad luck,” Le Chiffre finds himself hosting a high-stakes poker tournament in Montenegro in the hopes of recouping money he’s lost from his dangerous clients. To stop Le Chiffre and his clients, it’s up to Bond to go all-in and save the day. 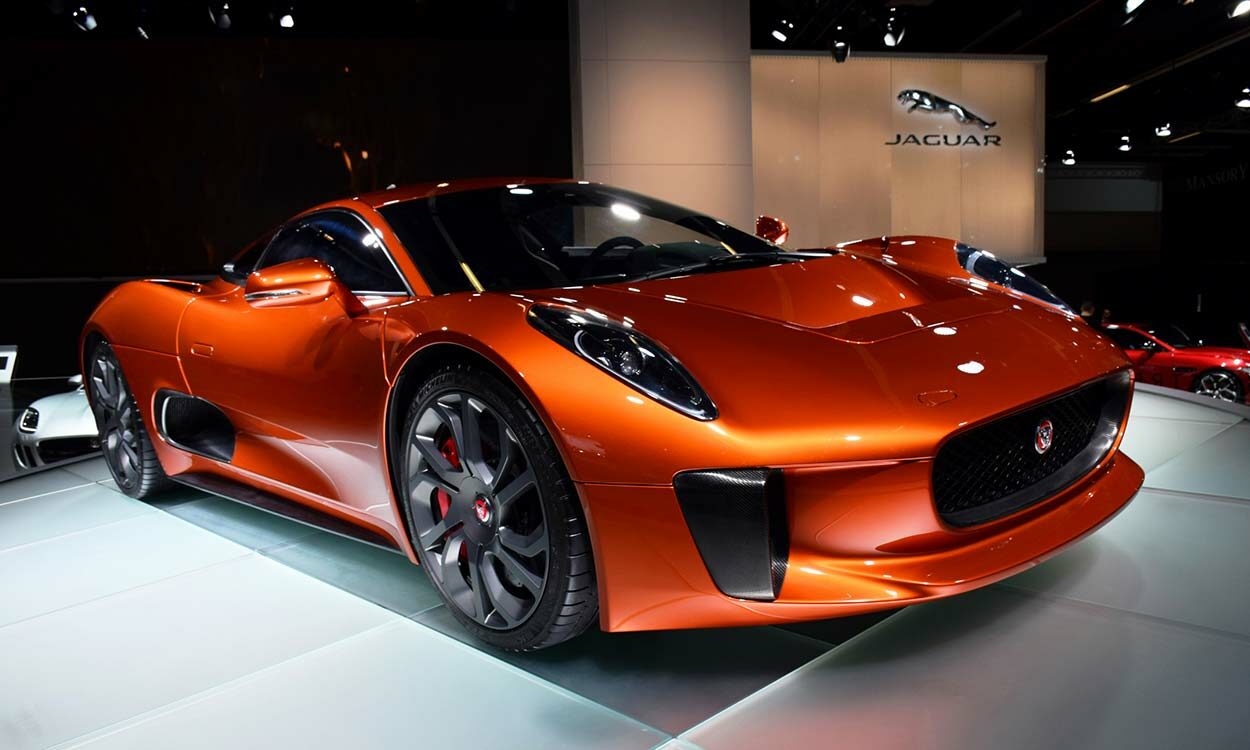 In Craig’s 4th time in the role, we found Bond on a mission taking him through the likes of Mexico City and Rome while searching for answers about the criminal organization known as S.P.E.C.T.R.E. To do so, Bond finds himself infiltrating one of the organization’s secret meetings with the help of classic Bond characters Q (Ben Whishaw) and Moneypenny (Naomi Harris).

In the real world, the Jaguar C-X75 was a custom-made concept created just for filming. The original C-C75 design debuted in 2010 but was later scrapped before coming back just for the film. In the film, the C-X75 was actually never driven by James but instead chased him throughout Rome by one of the film’s antagonists, Mr. Hinx. And while there were no cool gadgets used throughout the 2.5-hour film, just the look of the vehicle and its impressive performance specs makes you understand why a supervillain would want one.

The most recent installment, and Daniel Craig’s last, sees Bond retired from active duty and residing in Jamaica. However, his quiet life ends when Felix Leiter (Jefferey Wright) from the CIA shows up requesting his assistance. A kidnapped scientist needs to be rescued, and it turns out to be far more complicated than initially thought, pushing Bond on the trail of an evil villain with frightening new technology.

Along with a brief showing of this new hypercar, 007 will be getting behind the wheel of 3 other Aston Martins to homage to past Bond films. In total, we’ll be seeing the DB5, V8 Vantage, DBS Superleggera, and the Valhalla. The Valhalla itself, though, will be well worth the wait, as this hypercar will be boasting some eye-popping specs, including a 4.0L twin-turbo bespoke V8 engine AND a 150kW/400V hybrid battery.

James Bond has driven everything from Aston Martins, Fords, Jaguars, and BMWs. However, not everyone will have a Q to give them the latest and greatest when it comes to repairs and gadgets. Instead, protect yourself and your vehicle from unexpected breakdowns with an Endurance protection plan. Get coverage for your vehicle’s most vital components and rest easy knowing you’re protected from the cost of expensive auto repairs that your insurance provider might not cover.

You can also save even more when it comes to essential maintenance for your vehicle with EnduranceAdvantage™. Offering up to $3,500 of regular maintenance coverage, EnduranceAdvantage plans come with services such as oil and filter changes, tire rotations, and more at no additional cost. Each Endurance protection plan also comes with a year of Elite Benefits for FREE for even more perks and savings.

Request a free, no-obligation quote for more information on any Endurance protection plan. You can also find other informative articles on topics such as expert auto tips, unreliable vehicles to avoid, and more by visiting the Learning Center.