What Is up with the New Toyota Highlander? 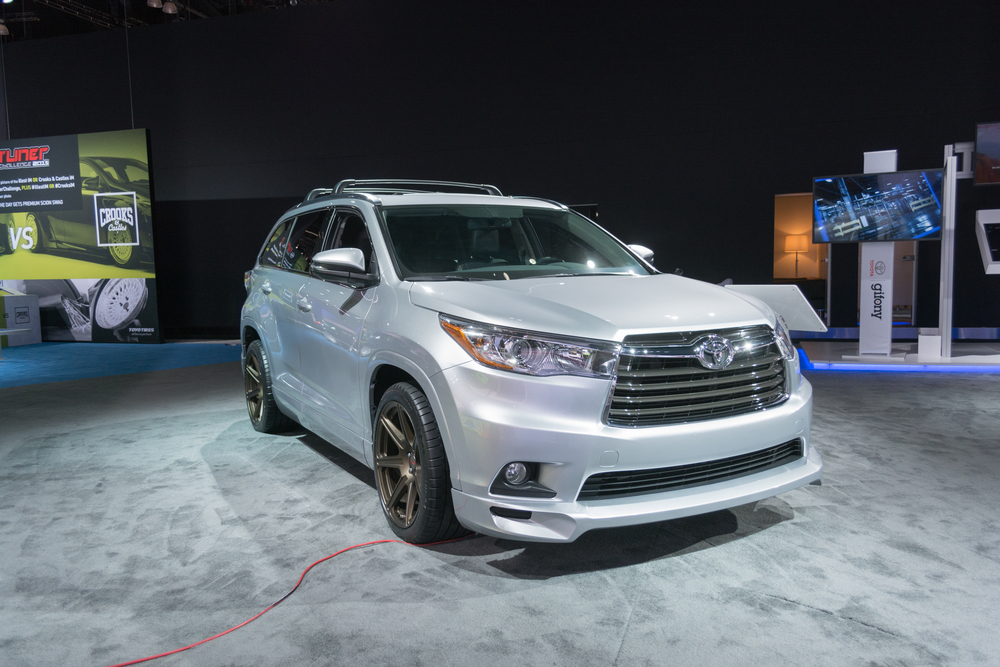 Toyota’s Highlander series of mid-sized crossover SUVs, the Highlander, is widely considered to be one of the very best in that class. It’s consistently highly rated among consumer and enthusiast publications but also it’s one of Toyotas best-selling vehicles from model year to model year.

So how does one improve on what is widely considered a benchmark vehicle?

According to Toyota, all you need is a few updates to bring it into the next generation of vehicles proper. With the 2016 model year Highlander nearing the end of its reign let’s talk about what makes the car so unique and what we can expect from the future!

The 2016 Highlander was almost perfect

The 2016 Highlander was notable for coming available in both FWD (front-wheel drive) and AWD (all-wheel drive) and it was given live by a 3.5L DOHC V6 engine that came equipped with a Variable Valve Timing-Intelligence software. What that did was allow the Highlander to produce 270 horsepower with 248 lb.-ft. of torque (the car can even tow up to 5,000 pounds) all kept tied into the machine’s 6-speed Electronically Controlled with Intelligence (ECT-i) automatic transmission. This was no gas guzzler, however, given that the he fuel economy rating for the V6 power train is 18/25 mpg city/highway and 20 mpg combined which is remarkably high for the vehicle class. With a 19.2 gallon tank, highway range for Highlander approaches 400 miles. Best of all it came with a unique sequential shift that could be switched for a Snow Mode.

The Tech Behind the Highlander Is Innovative

The 2016 model Highlander was known for Toyota playing around with a system they call the Dynamic Torque Control (DTC) AWD. What it does is enable the car when in FWD mode to improve fuel economy when appropriate and then transition to AWD through an electromagnetic coupling in the rear differential when accelerating or when its sensors detect wheel slippage. The variable torque distribution makes the Highlander very adaptable to road and off-road conditions. There was even a Multi-Information Display (MID) shows the real-time torque distribution for the driver in order to help them manage it all.

Many reviewers like to not the standard amenities of the Toyota Highlander, which are consistent with Toyota’s knack for going the extra mile when it comes to standard features and we expect they will continue to come standard even on the 2017 model.

What many owners seem to enjoy is the Driver Easy Speak which allows the front row to talk directly (and loudly/clearly) to the third row with little hassle.

The Highlander was noted for being rated by the IIHS as a Top Safety Pick+ and carrying the NHTSA 5-Star Safety Rating. And for good reason: Toyota gave it the Star Safety System comes which includes Enhanced Vehicle Stability Control with Traction Control, Anti-Lock Brakes, Brake-Force Distribution System and Smart Stop Technology and of course Hill Start Assist and Downhill Assist Control.

Why we think the 2017 Highlander will be better

The 2016 Highlander is and will forever be known as a benchmark for the segment but this month Toyota has revealed that the 2017 Highlander (due soon this fall) will be an improvement with added amenities, all new technology and more luxury for those discriminating consumers wanting the best.

The 2017 Highlander was previewed in almost all the recent Auto Shows and each time with a little more information shared with us. Toyota is claiming that the 2017 Highlander will be equipped with a new, more powerful and more fuel efficient power train thanks to it now being anchored to an all-new and more powerful 3.5L Direct Injection V6 engine that will come standard with that Start/Stop technology.

Improving on the 6-speed transmission of the 2016 model, the 2017’s power is tapped by a brand new Direct Shift 8-speed automatic transmission. Hopefully Toyota will be able to grant that performance level while still maintaining the fuel efficiency.

What we really like are the new exterior styling changes. The 2017 car has been given a really noticeable facelift with a new grille and intake with unique and much shallower yet taller trapezoidal-shaped sides. It’s a much sportier trim than previous models.

Meanwhile, the interior has been updated as well. The new brown leather interior option will be available to those who opt got the Limited Platinum edition, while the SE model gets exclusive black leather-trimmed seats with silver stitching and seat inserts, complete with a matching sash and door inserts, and a black front tray. There will be second-row bench for eight-passenger seating as standard.  At the same time there will be second-row captain’s chairs and seven-passenger seating as an option for the Limited and Limited Platinum trims. Toyota, aware of our insistence on connectivity at all times has also added four more USB charge ports for a total of five for more mobile device charging and syncing.

So what do you think? Will Toyota’s new Highlander be the update to keep it at the top in its class? Or Should Toyota have just focused on the self-driving model?