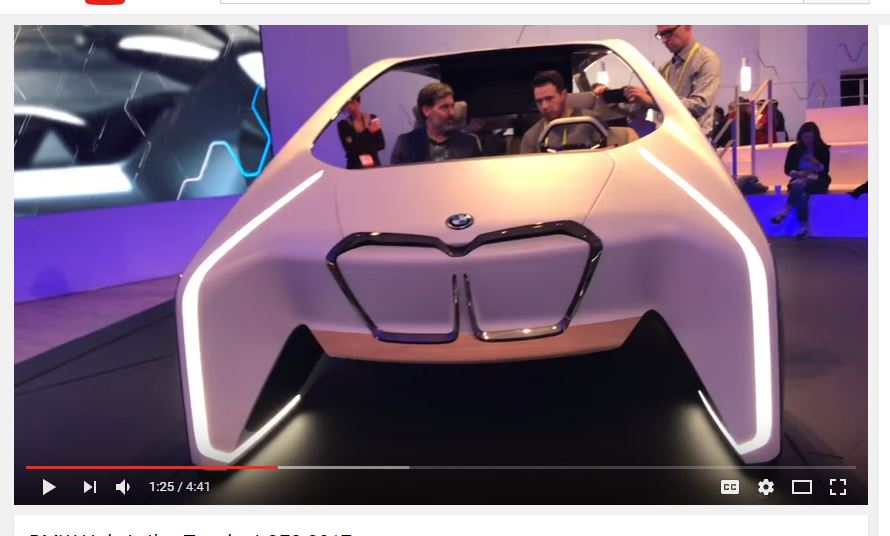 BMW is a powerhouse. You can debate that but there is no denying that BMW is anything less than an engineering powerhouse. At the Consumer Electronics Show (CES) 2017, the German carmaker is unveiling a wide range of products and services that will hopefully be available within the very near future. They are going to cover all the bases: design, technology, functionality, and connected driving – all of which will be closely interconnected.

These brand new technologies and updates all work towards setting BMW apart from their competition. Whether you like it or not, 2016 was THE year of automated driving. Everyone and their grandma is striving towards it and if you are an auto company and you are not then you will be left in the dust. So far, BMW has unveiled something called the Inside Future concept – a sculpture of what self-driving car cabins ought to look like, at least according to BMW. It differs from the traditional prototype in that the focus is solely on the interior with only hints of what the exterior could look like.

The cabin contains four sleek looking seats that are covered with a beige cloth. Everything looks fairly slim. Here’s where it gets cool though. Drivers (passengers?) at front will have a full-on holographic console that can be utilized through gesture control. It’s colorful and it’s futuristic, I think that goes without saying. Here’s how it works:

There’s a camera that watches a user’s fingertips and after input is put in place, an ultrasonic source directs a pulse that is translated by the person as a vibration. The hologram will appear to wherever the user is sitting, so there’s no need for the passenger to physically adjust at all – oh, and it will fade away if it’s not in use. The display would cover the entirety of the front dashboard. Pretty nifty, eh?

To be completely honest with you, I’m not entirely sure how this next feature is physically possible. It’s called Sound Curtain and it can stream music to individual passengers without any of the other passengers being able to hear it. Don’t ask me to explain the science behind that one because that seems too good to be true, say goodbye to arguing over control of the music.

A steering wheel will remain at the ready if a driver were to decide they want to take control. An interesting question is whether that feature will remain available when all cars are driverless. In a market that is exclusively autonomous, will manual driving even be allowed?

Either way, BMW is a trendsetter – their iDrive is the definition of innovation. Hopefully they release more good stuff like this in the remaining three days of the event.

We’ll have to wait until these new inventions from BMW are made publicly available before we can tell you whether or not they live up to the promise. Until then stay tuned for our continued coverage of CES 2017!
Request an Online Quote