The 90s were a surprisingly terrific time for sports cars. In fact, they get more and more collectible over the years. These cars were left from the Clinton era, such as the last Toyota Supra, the Mazda RX-7 and even the Mitsubishi 3000GT. However, we are not talking about those cars today. Instead, we’re taking a look at one of my favorite Nissans. That’s right; we’re talking about the 300ZX.

Embed from Getty Images
A 1996 Nissan 300ZX Twin Turbo T-Top gives you a five-speed manual, real leather interior. Better yet, arguably the best one would be one of the 300 “Anniversary Editions.” They represent the last 300 of the 300ZXs to roll out of the Nissan Factory. However, let’s back up a bit. The Nissan 300ZX is a sports car from the Nissan Z-car lineup.

Before you scoff that it’s still just a Nissan T-Top compact, that underrates just how big of a deal this car is. It’s not an overclocked sport compact, instead this is a full on sports car. What we mean by that is that the car comes in a 300 horsepower with 283 lb-ft of torque. If you want a little more perspective on why that is a big deal: those are the same stats as a Ferrari 348 from the same era. 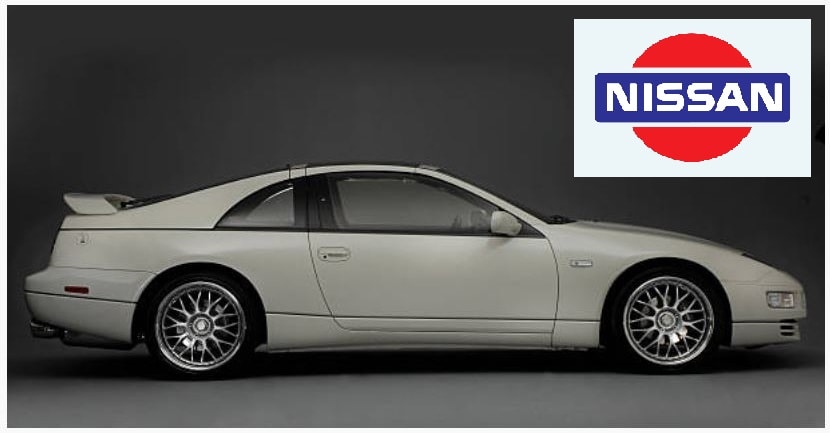 The 300ZX is not just a sports car. It’s also a luxury vehicle. In fact it came equipped with huge leather seats inspired by the set of Star Trek: The Next Generation. It has a premium sound system that still holds up to today’s audiophile standards. It also used a then-cutting edge LCD control panel and climate controller. The T Top meant it had a detachable glass roof (I miss those).

Beyond just how good looking the 300ZX’s interior still is, the body is so very 90s. What I mean is that the car looks metal amphibian out of a sci-fi movie. There were clear inspirations drawn from British roadsters and Japanese compact cars. You can get all that today for a typical auction price of $90,100+.

Japanese Sports Cars Are the Next Great Auction Item

Embed from Getty Images
It’s kind of funny. In the 90s and 80s while many US buyers liked Japanese cars, many gearheads scoffed at the idea that any of them would become collector’s items. Now they are the envy of collectors and become more elusive than most classic muscle cars from the 60s and 70s. It’s a genre of car that is only soaring in value. So give or take another 10 or 20 years, Supras and RX-7s and 3000GTs and 300ZXs will be the “classic cars” to own, collect, and auction. That means a lot of people who once had these cars and didn’t think much of them back in the day will be left wondering if they let them go too early.