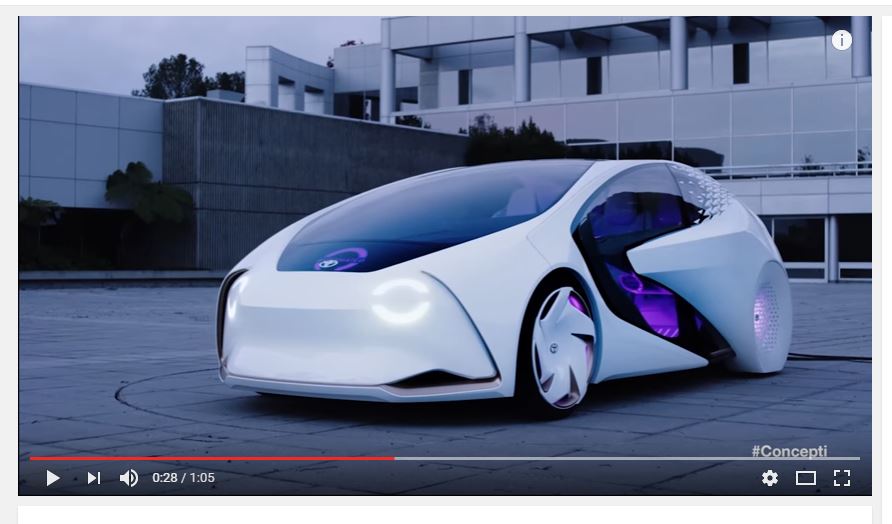 It is easy to feel inundated by the sheer amount of announcements, reveals, and unveiling events that occurred this past week at the CES 2017 event. Nearly all the major auto makers were there sporting all their latest technical innovations and achievements of the past year. You might feel that you missed something or that Alexa and Cortana were hogging the spotlight. Worry not, we have you covered on the news that might have slipped from your periphery.

In a press release by Toyota, they described the philosophy behind their Concept-i idea as being one of “kinetic warmth”. Kinetic warmth? In a totally non-critical analysis on that term by itself, it makes me think of seat warmers – fancy and extremely effective seat warmers. The first part of the philosophy might be ideas you’re familiar with: “[Kinetic warmth] is a belief that mobility technology should be warm, welcoming, and above all, fun.” Okay, sounds like every other marketing campaign I’ve encountered, but the second facet of “kinetic warmth” is where the meat is at. “As a result, the concept was developed with a focus on building an immersive and energetic user experience. Concept-i leverages the power of an advanced artificial intelligence (AI) system to anticipate people’s needs, inspire their imaginations and improve their lives.”


Okay, now you have my attention, Toyota. The idea of integrating AI into our technologies isn’t anything new – we see it with Siri, Google Assistant, and pretty much any variant of those two immensely popular technologies. Those AIs are great for accommodating our lives with the simple stuff, but for Toyota’s Concept-i that begs the questions, what sort of needs will this be anticipating? How will it inspire my imagination and improve my life?
Embed from Getty Images

We think this is a good point to remind you that as of right now, Toyota has no plans of putting the Concept-i into production anytime soon. Ian Cartabiano, Toyota’s CALTY design studio chief in California, described the Concept-i as “this is what Toyota thinks driving will look and feel like in 2030.” Distant. So very distant. Nonetheless, Toyota still had something to present, after all the Concept-i isn’t a literal concept, so at CES we got a look at what Toyota has to offer – even if the AI’s current state is a primordial version of things to come.

All AIs should have a name. Toyota came up with Yui (pronounced you-ee). When Yui starts up, a small circular blob bounces around the car’s console in an energetic (dare I say human?) manner. Yui’s domain is not simply the console – it is the car. Chalk full of LEDs, Yui is able to “appear” everywhere within the interior of the cabin as it emanates around the driver and passengers. She’ll tell you everything you need to know about the road and its conditions, continuously feed you updates, compliment you, yell at bicyclists and pedestrians for you (in a friendly manner, of course), greet you, and bid you farewell.


Will we see this anytime soon? No, absolutely not. The car itself looks like the quintessential concept car – white, sleek, glowing LEDs in unnecessary impractical places, everything’s ergonomically designed, you know the drill. In all likeliness, this is more of a marketing stint rather than a bonafide plan of production. Features like this will be released gradually until before we know it, we are having full-blown conversations with our cars.
Request an Online Quote