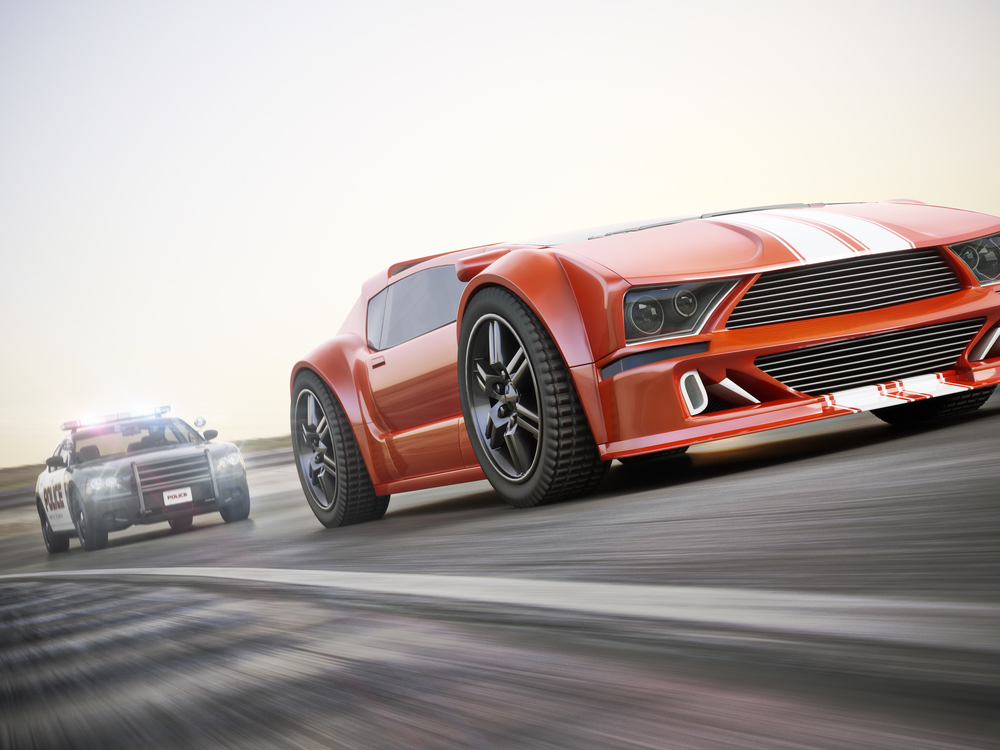 Some of us got into cars from seeing them race, others from seeing their loved ones fix them up, even some gear heads started by just reading about them, but one of the most common ways a car fan begins their automobile obsession is through the movies. Cinema is all about motion and what better way to show that off than in a thrilling extended chase sequence between stylish automobiles? We marvel at the skill of the drivers and the performance of the vehicles. It would be more foolish than driving on the wrong lane to try and list every great movie car chase, but we’ve put together a handful of ones that we are absolutely crazy about!


The coolest man ever to grace the big screen takes center stage in the greatest car chase ever. Steve McQueen plays Lieutenant Frank Bullitt: a no-nonsense cop that is a man of few words. San Francisco’s mountainous slopes are the setting for the film’s genre-defining chase, which sees Bullitt, in his iconic (I’ve wanted this car since I was a kid) 1968 Ford Mustang GT, doing his best to catch a pair of deadly assassins in an equally impressive 1968 Dodge Charger R/T. These cars are two of the pinnacles of American muscle cars known for their loud and powerful V8 engines and their bold design.

Aside from the astounding hang time the cars achieve in hurtling down the tram-lined hills, the sequence boasts the sort of first-person viewpoint that causes the audience to flinch each time McQueen (who did his own driving stunts) takes a corner too sharply. After 10 minutes of our hero ducking gunshots at his steering wheel, the pursuit ends with the bad guys careering into a gas station before being swallowed by a fireball. Any list that ranks the “best car chases on film” and doesn’t include this is either incomplete or incorrect.

While most of the chase scenes on this list were filmed in properly cordoned-off areas, actor Gene Hackman’s high-speed pursuit of an elevated train was shot in an open Brooklyn neighborhood. William Freidkin’s classic crime saga about an NYPD detective (Hackman) uncovering a network of drug smugglers with some relation to France is even visceral before the famous chase sequence. In fact you could argue that the whole movie is one big chase between Hackman and the crooks he’s after. The big set piece involves Hackman as Detective Popeye Doyle, commandeering a civilian’s 1971 Pontiac LeMans, frantically chasing an elevated train, on which a criminal is trying to escape.

The scene was filmed in Bensonhurst, Brooklyn roughly running under the BMT West End. The most famous shot of the chase is made from a front bumper mounted camera and shows a low-angle point of view shot of the streets racing by. The camera was under cranked to 18 frames per second to enhance the sense of speed. Other shots involved stunt drivers who were supposed to barely miss hitting the speeding car, but due to errors in timing accidental collisions occurred and were left in the final film which left the film’s action to feel as sloppy as a real-life chase.

The Mini Cooper gets a chance to look like a mean machine in the quintessential 1960s heist movie. A young Michael Caine plays master thief Charlie Croker. In the film’s most famous he leads a crew of Mini Cooper S vehicles past the landmarks of Trun, Italy while cheerily pilfering people’s lunches in the process. Despite the publicity that the film gave to the Mini, the car’s maker (BMC) only provided a token fleet of Minis and the production company had to buy the rest at trade price.

Fiat offered the production as many super-charged Fiat cars as they needed, several sports cars for the Mafia confrontation scene, plus $50,000, but the producers turned down the offer because it would have meant replacing the Minis with Fiats. The Minis used in the chase scenes were all destroyed in accidents while filming the sewer sequence which was luckily one of the final scenes they shot.


Action movies aren’t the only ones that can have amazing car action. In this 1980 comedy, a sharp-suited music duo (Saturday Night Live alumni John Belushi and Dan Aykroyd) plough their Dodge into a busy shopping mall in order to escape the wrath of the law. At one point in the scene, they even drive it upside down on the roof of the car. Nicknamed “the Bluesmobile” the 1974 Dodge Monaco is a battered police car. The film used 13 different cars to depict the Bluesmobile, all of which were former police cars purchased from the California Highway Patrol, and were modified to look like the same patrol cars seen at the time in Mount Prospect, Illinois.

Some were formatted for speed, while others for jumps or high-performance maneuvers, depending on the scene. One was designed simply to fall apart upon its arrival at the Cook County Building. Over 60 old police cars were purchased for the film’s chase scenes, and the production kept a 24-hour body shop open to perform repairs as needed. All this consumer carnage is set to a stomping soul soundtrack as the boys Blues duo avoid the police on their “mission from God” to save their orphanage.

In an homage to The Italian Job, amnesiac superspy Jason Bourne (Matt Damon) and his girlfriend Marie (Franka Potente) outrace authorities in the best action sequence of this modern film franchise. Beginning in front of the Gare du Nord train station, the scene was shot in a variety of locations around the city. “Buckle up,” warns Bourne, before maneuvering the tiny stick-shift Mini at high speeds through narrow alleyways, across sidewalks, down steps, and up one-way streets the wrong way.

The chase ends when one of the police officers pursuing the Mini crashes his motorcycle into a Peugeot 405, and Bourne drives the car into a parking garage. “Bourne Identity” producer Frank Marshall told USA Today that filmmakers used five different vintage Minis to make the film, and that only one of them was left when filming wrapped.

We surely left off a few fan favorites, but don’t worry, this is just the beginning. Check back with us from time to time as we continue to highlight some of our favorite car moments in movies. The car chase scene is not only staple of cinema but it’s also our safe gateway into seeing what cars can do when pushed to the peak of their performance!