Since 2001(15 years ago!), The Fast and the Furious went from a solid Point Break remake to one of the best Hollywood blockbuster action/adventure movie franchises of all time. Now reaching its 8th installment, Fast 8, fans and movie goers have been revving up for all of the details before they kick it into high gear for the April 2017 release.

That’s right, it’s only been a year since the last installment, and the next one isn’t out for another but we’re raced around the net to give fans a taste of what they can expect from the upcoming high-octane adventure!

“It’s all between you and the car you build.”


Recently, Fast 8’s vehicle coordinator Dennis McCarthy (who has worked on the films starting with the 3rd installment, Tokyo Drift,  and whose credits include: Batman v Superman: Dawn of Justice, Death Race, Captain America: Civil War, and Taken 3) hosted a Facebook Live video, where he walked us fans through the massive collection of ridiculous vehicles from all over the world starring in this motion picture event.

“What we’re doing here today is setting up what we refer to as the Automotive Valhalla,” McCarthy said in the video. “It’s basically what I feel is probably the coolest cars we’ve put together for one scene, and it’s without a doubt the most expensive collection of vehicles we ever put in one place.”

According to McCarthy, the full cost of the cars in the garage alone reaches an estimated total around $17 million. And the ones he showed weren’t/t eve the only vehicles used in the movie.

“I live my life a quarter mile at a time”

The eighth Fast & Furious film is set to feature not just the expected wheel-to-wheel adventuring, they’ve even upped the ante with their set pieces like the current shooting on Icelandic ice. The F&F production team revealed the following vehicles that will be seen in the film:

Dominic Toretto’s (Vin Diesel)’s signature ride. What else would the man drive than Detroit muscle from Dodge? Furious 7 showed a Charger that was fitted for off-road driving and heavy weapon assault, and this time the classic shape has been re-formed into an ice racer. This muscle car is still every bit as recognizable and iconic, but the newly altered wheelbase and fender flares make this into quite the unique snow beast. And as the bullet holes show, the matte black machine is definitely going to see some intense action. 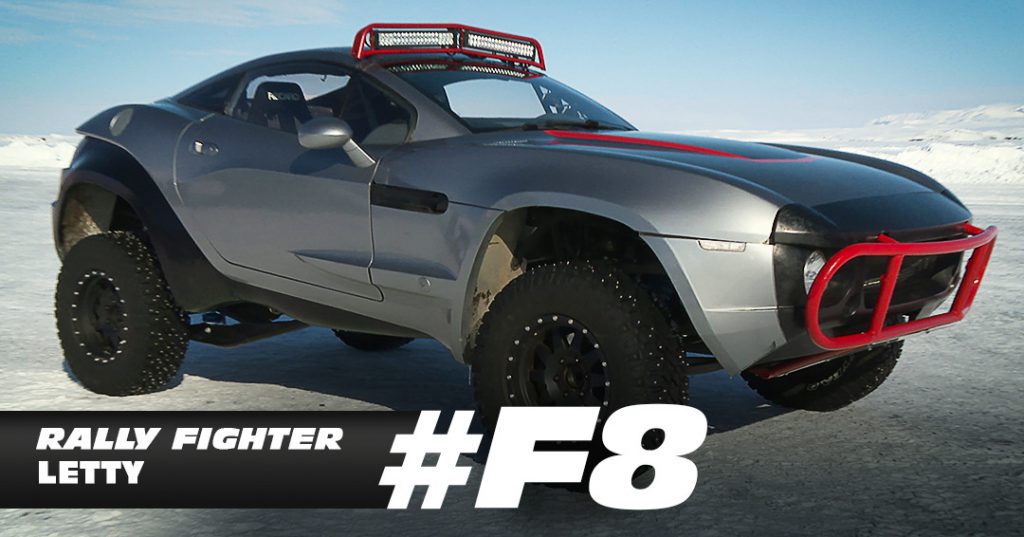 Letty (Michelle Rodriguez) has been shown driving a Local Motors Rally Fighter, which might actually be the best fit for the ice scenes. This is an all-wheel-drive off-road coupe modified with what looks like a brush bar and some really neat roof-mounted lights.

The self-proclaimed “Double Alpha Man Candy” (aka comic relief) of the group, Roman (Tyrese Gibson) was seen behind the wheel of an orange Lamborghini Murcielago, obviously to go with his character’s love of flash the desire to stand out like a peacock roaming out in the frozen wastes.

To top off a lineup of modified speedsters, we were also shown some of the monstrous tank-like machines on the Fast 8 set: Tej will be driving a tricked out Ripsaw tank while  Hobbs, who is played by Dwayne “The Rock” Johnson, get’s a militarized “ice ram.”

“I don’t have friends, I have family.”


There’s been plenty more among the Fast 8 collection but the ones we’re most excited for include:

All of these beasts look like mean machines unlike any the franchise has seen before, and we can’t wait to see them in motion on the big screen.