How the Presidential Motorcade Works 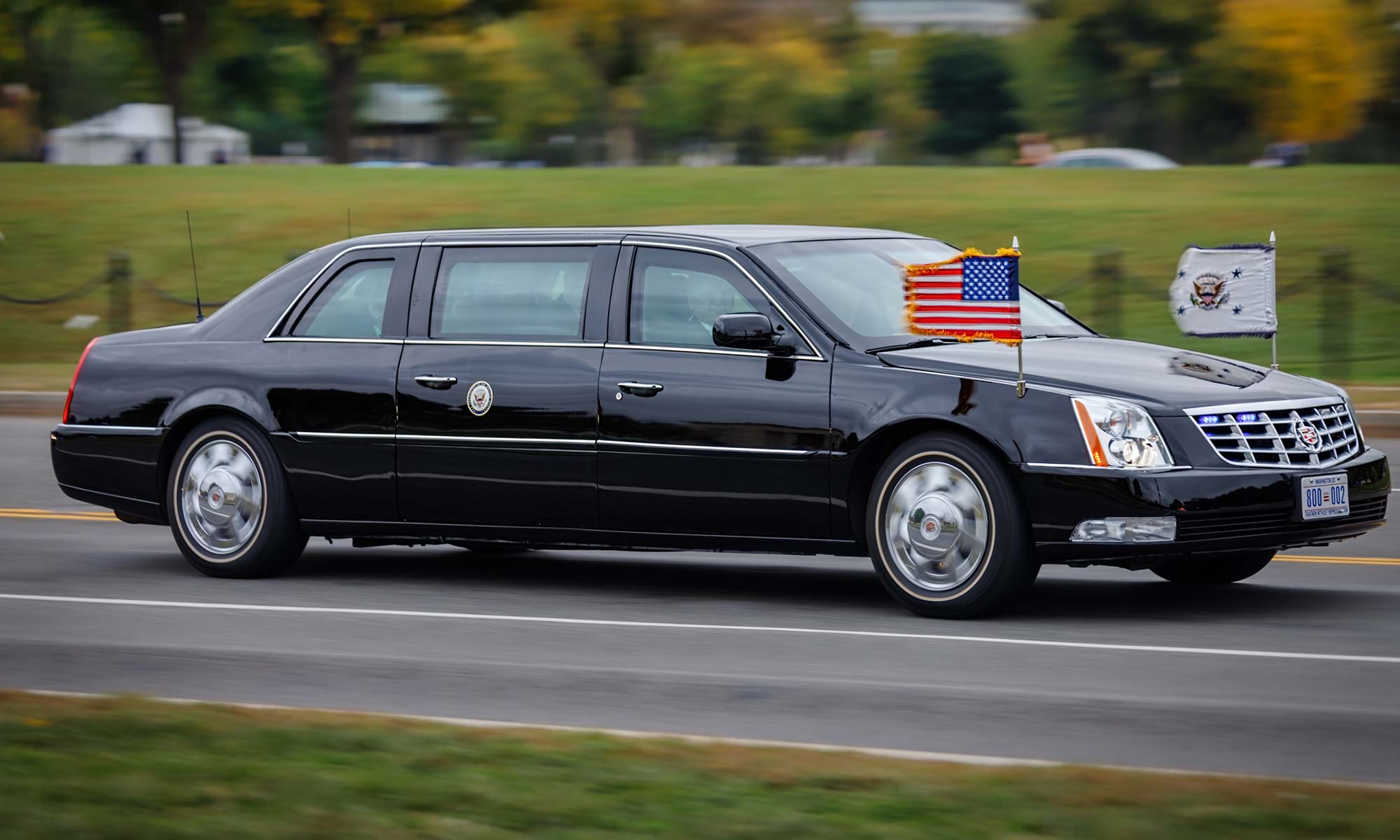 It’s no secret that the President of the United States is one of the most protected people in the world, whoever is in office. This remains true even when they are out for a jog, but it’s crucial when they are out for a drive. See, the POTUS can’t just hop in a car and head on over to the store on a whim. There are massive security and safety protocols to ensure the President’s safety. The US Presidential Motorcade may be simultaneously the safest AND the riskiest way for anyone to travel in the United States of America. It’s essentially a whole fleet of vehicles that make up a mobile and armored White House, with contingencies upon contingencies for all sorts of circumstances the President and whomever they are traveling with should find themselves in.

But how does it work? 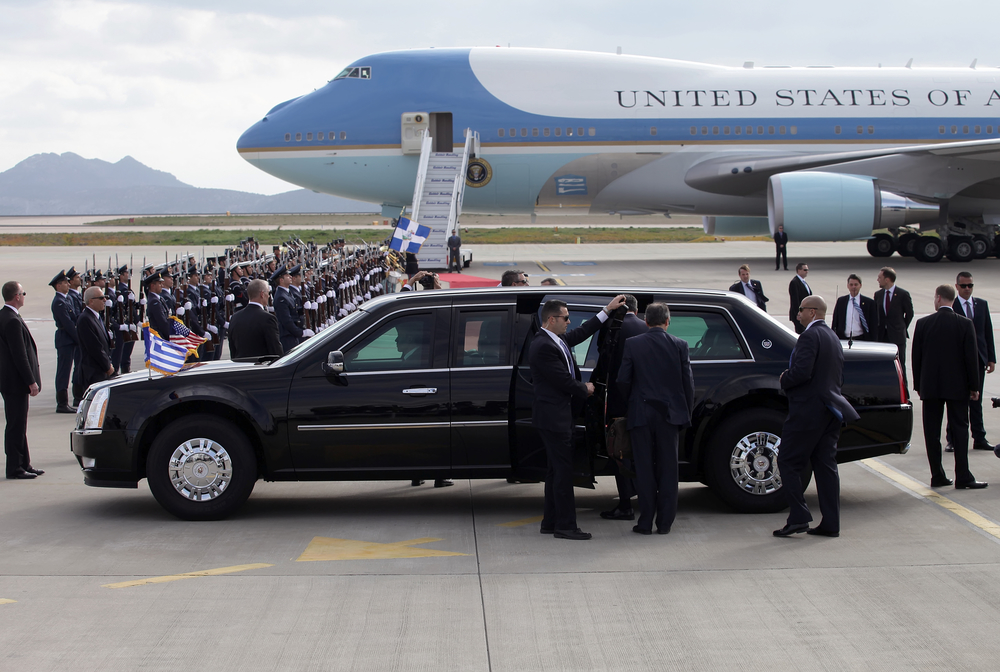 Far from being a simple lineup of cars, things are a little more complicated. The US Presidential Motorcade comprises a pretty big fleet containing nearly every vehicle class. For the most part, the exact formation is dependent on the “mission” (destinations) and who exactly is traveling with POTUS. It also changes for security reasons, to keep things less “predictable” and thereby safer. Oftentimes, one will see extra cars and vehicles coming in and out of the motorcade and at different positions. Another neat fact is that even with the presidential vehicles on the move, there is a chance POTUS won’t actually be on board one of them. The Secret Service has a reputation for being masters of protective details, and just because the Presidential limousines are in motion, the President isn’t necessarily inside one of them. And depending on the situation, this motorcade can be re-formed to optimize the level of safety and efficiency required of the President when on the road.

What cars make up the Presidential Motorcade? 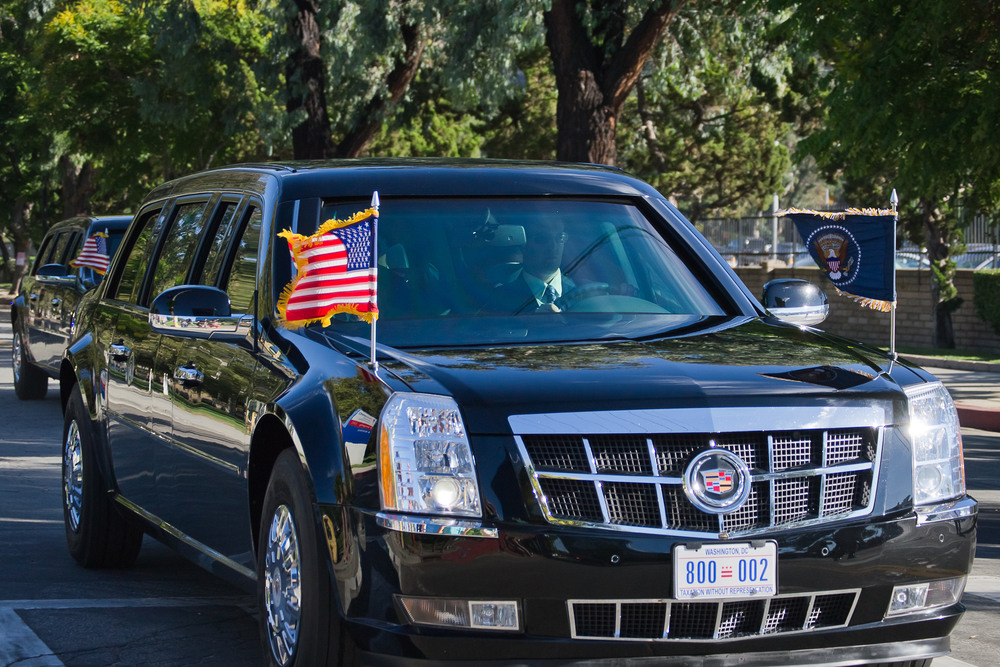 Speaking of “The Beast…” 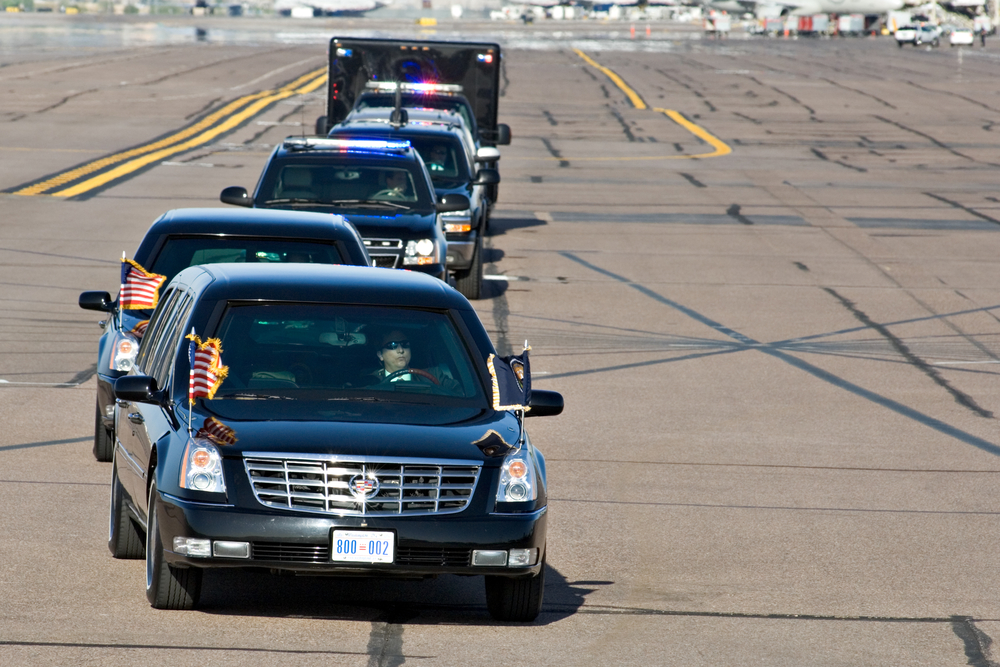 The President’s signature armored limousine “The Beast” was first introduced in 2009 during then-President Barack Obama’s inauguration. Don’t be fooled by photos. This thing is the massive lovechild of a Cadillac STS and a military-grade SUV. Ok, as cool as all that is, it does have a few issues. It is notoriously difficult to drive since it is more akin to an armored assault vehicle than a luxury sedan. It is extremely heavy and prone to breakdown, requiring more maintenance than nearly any other vehicle that John Q Public can buy at a dealership.

While “The Beast” is arguably the toughest and most advanced presidential vehicle thus far, there are only a few of them in active service. In fact, the Secret Service only brings it out on occasion. Most of the time, you will see the President driving the older 2005 Cadillac DTS-inspired limousine. Otherwise the Secret service opts to drive the President around in one of their armored Suburbans that are regularly in service. 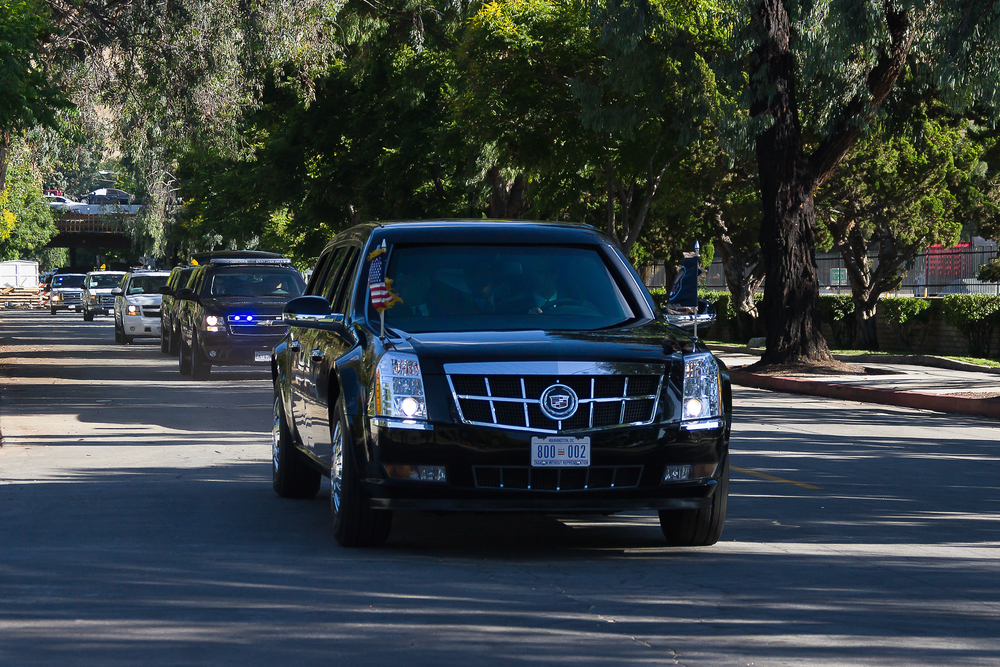 Speaking of which, when the President is on foreign soil or in areas with rougher terrain than usual, the motorcade is made up of the Secret Service Suburbans, with military armored Humvees acting as the ‘sweepers.’

Back to the matter at hand, whatever car the President is driving in, the codename “spares” refers to the identical vehicles accompanying the one carrying the President. Sometimes those cars are used as a backup in case of breakdown or accident. Other times they are used as security decoys. 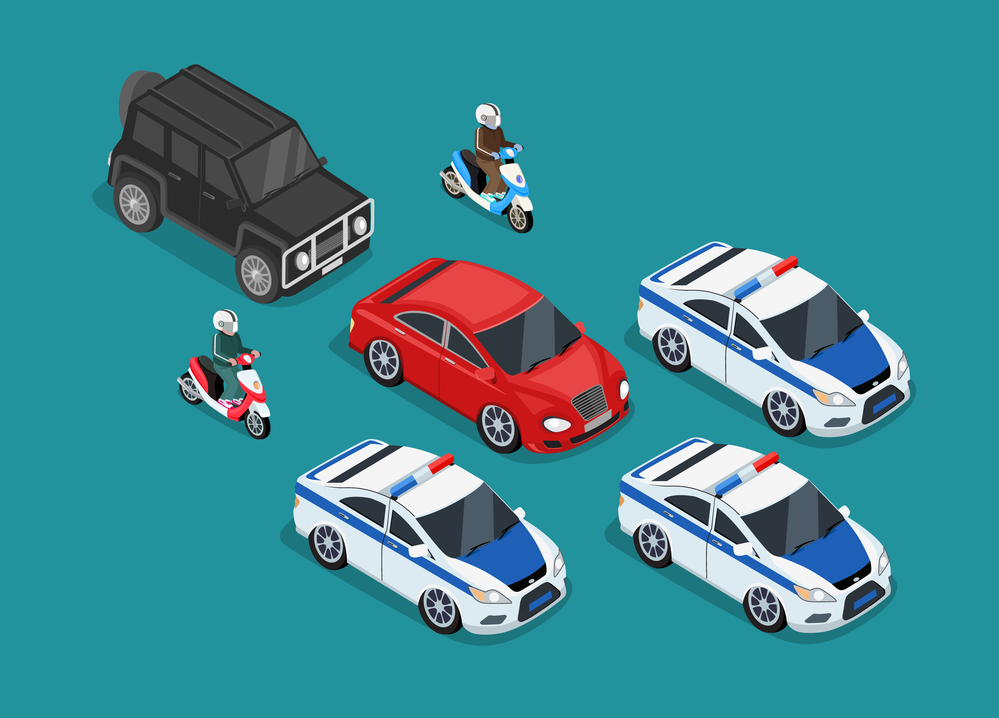 Whenever the motorcade is ready to move, the highly trained secret service drivers play their own kind of motorsport in a way. This is referred to as the ‘shell game,’ which is a series of roving and weaving maneuvers that have been practiced, rehearsed and choreographed over many years. The motorcade’s main vehicles: Stagecoach and Spares are all shuffled in and out in different orders to confuse would-be attackers (aggravated by the identical plates). 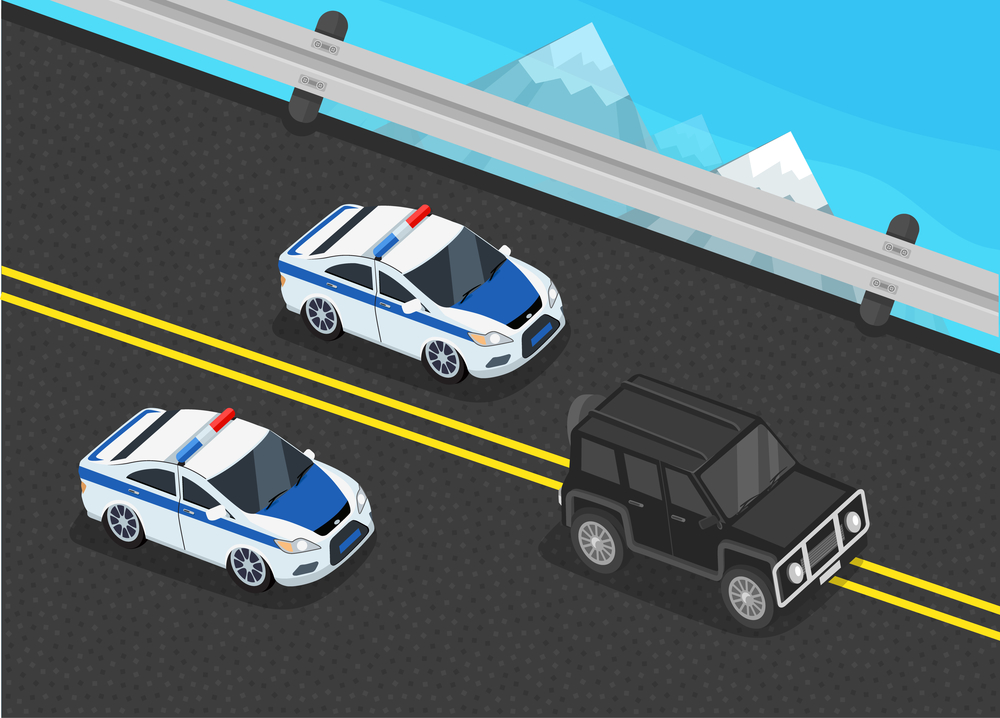 Since even before the election, there were rumors that the Secret Service had started building and testing a new Presidential limo that was set for the 2017 Inauguration. Though it is not replacing “The Beast,” it is expected to replace the 2005 DTS-style armored limousines active for more than a decade.


The level of technology and automotive engineering and the organized driving that goes into protecting the President on the road is nothing short of amazing. Our tax dollars at work! (joking). Far from just a way for the head of state of the United States to get around, the Presidential Motorcade is almost a tradition. A traveling show that’s orchestrated to be a symbol of sorts to the American people. Everyone involved in making this motorcade is arguably the best at what they do. Every time the motorcade is sent out, the world gets to watch why this is the case.