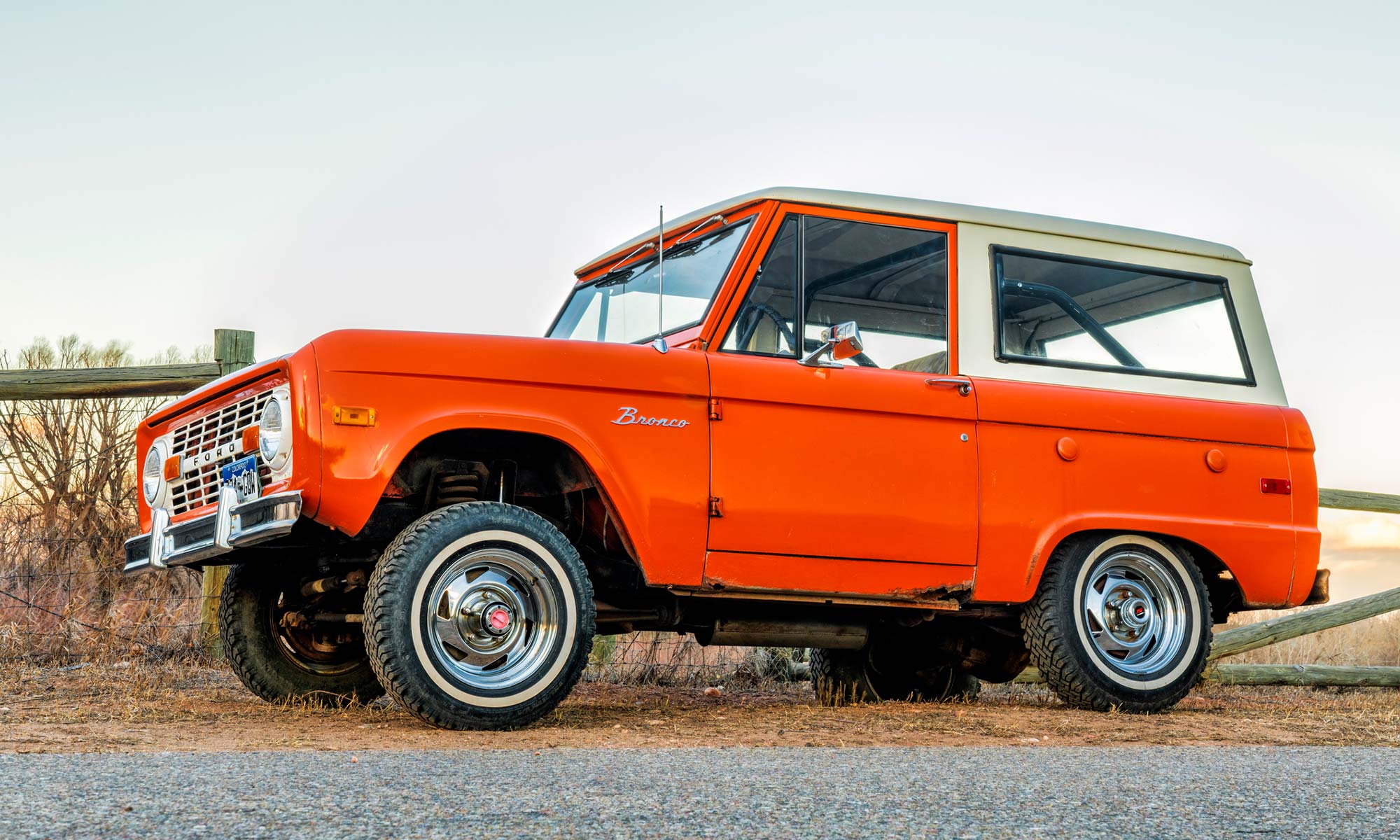 After more than a year of being cooped up in their garages, car enthusiasts everywhere are eager to hit the road and explore automotive shows across the country. This summer’s auto show season is expected to have some of the largest turnouts ever, all thanks to some great new vehicles that are ready to debut and some that have already been making waves in the auto industry.

One such auto show that true enthusiasts and general fans alike are excited to attend is the world-famous Chicago Auto Show. It’s the largest and longest-running auto show in the United States.

History of the Chicago Auto Show

Beginning in 1901 and held annually, automakers worldwide have used the Chicago Auto Show as a chance to display their latest and greatest vehicles on the show floor, all while highlighting their advancements in technology, safety, and performance. The original event was held at the old Chicago Coliseum and has been produced by the Chicago Automobile Trade Association (CATA) since 1935. Today, the auto show is held in over 500,000 sq. ft. of exhibit space at the McCormick Place convention center in downtown Chicago, Illinois.

This year’s auto show will feature the newest makes and models from popular manufacturers like Volkswagen, Hyundai, Chevrolet, Jeep, and Ford. Attendees can also expect to see other amazing exhibits such as the reinvigorated Ford Bronco, the latest advancements in electric vehicle technology, special editions, and even unreleased prototypes. For a more hands-on experience, attendees can take outdoor test drives thanks to Ford’s “Built Wild” & “Built to Electrify” experiences, as well as other options at other manufacturer’s indoor test tracks. You can even come home with a furry friend thanks to Subaru’s ever-popular pet adoption event!

Show organizers are also adding a street fest to the 2021 show. They will be looking to take advantage of the beautiful Chicago weather in the summer by shutting down a portion of Indiana Avenue from Thursday, July 15 through Sunday, July 18.

It is no secret that one of the most popular vehicles to hit the market recently is the Ford Bronco. The return of this iconic off-road SUV has awoken Bronco enthusiasts everywhere while winning over the average consumer with their sporty yet comfortable “Sport” models. While Ford is putting a lot of effort into marketing the new Bronco, longtime rival Jeep is looking to promote the 2021 Wrangler Rubicon.

The Ford Bronco and Jeep Wrangler have always had a friendly competition to be the king of off-roading. Still, with the original Bronco model being discontinued in 1996, the Wrangler had a head start on innovating, advancing, and testing their new technologies. Now that the Bronco is back in the picture, Jeep will be displaying their Wrangler at this year’s Chicago Auto Show. We are eager to see what features and benefits each will bring to the table and how they perform on and off-road.

One of the most anticipated showcases at this year’s Chicago Auto Show is the Nissan Z Proto. While Nissans, in general, are known for being reliable vehicles, many enthusiasts are eager to get the first view of the latest iteration of this classic sports car despite it not being a production model. That’s because the Nissan Z Proto showcases the classic styling of the first-generation Z models while keeping the characteristics found on the 350z and 370z.

Powered by a twin-turbo V6 engine, the Z Proto will also feature a 12.3 in digital display, upgraded seats, quick access to steering wheel controls and other general or stylish upgrades to the vehicle’s cabin.

Much like the Nissan Z Prototype, Toyota is also planning on showcasing one of their concept vehicles. However, unlike Nissan, Toyota is debuting an entirely new vehicle that not only comes in a futuristic design but is hoping to make strides in advancing the future of the automotive industry. That’s because this year, Toyota is planning on showing off their Rhombus concept, a battery-powered electric vehicle targeted for the Gen-Z market. It will also be just one of the ten battery electric vehicles models that they plan to release globally over the next five to six years.

This sleek and stylish vehicle features a single swivel seat in its front seat instead of the more common two-seat front row. Future Rhombus owners will also be able to fit up to three passengers in what many are describing as a “lounge-pit-like area” in the back seat.

Another vehicle showcased by Ford is the highly-anticipated 2022 Ford Maverick. The smallest truck marketed in Ford’s history is based on the same front-wheel-drive unibody as the Ford Escape and Bronco Sport. While it may be small, don’t let the Maverick’s size fool you, as there is plenty of room to transport up to four passengers while filling up the truck’s bed with all your work or weekend-trip essentials. It will also be great for those looking for a smaller truck than the F150 without sacrificing the crew-cab function.

The Maverick will also have some of Ford’s latest technologies, including a forward-collision warning system, auto high-beam headlights, pedestrian detection, and a rear-view camera. You can also get optional features, such as adaptive cruise control, reverse sensing, blind-spot alerts, and more. Each Maverick will also come with Ford’s Co-Pilot360 technology as standard, giving you a great driving experience and ensuring you have all of the latest safety features you could need.

What better way to get a feel for the vehicles you are looking at than taking them on a test drive? That is precisely what the Ford Marketing team has put together to ensure you get to experience the features and performance of their Bronco, F-150 Lightning, Mustang Mach-E, and the E-Transit.

Ford’s “Built to Electrify” will include an 11,000 sq. ft. experience that will showcase how Ford plans to lead America’s electric vehicle revolution. Here, you will be able to experience the performance, features, and quality of Ford’s Electric Vehicle lineup on test drive opportunities, giving you a better idea of what the future may hold.

Along with the Built to Electrify, Ford’s Built Wild exhibit will be making its global debut at the Chicago Auto Show with a 30,000 sq. ft. experience where you can test drive the new Bronco lineup on an outdoor test track. Famous racecar driver Vaughn Gittin Jr will be in attendance, taking attendees up the 38-degree “Bronco Mountain” to show off the Bronco’s off-road abilities.

If Ford doesn’t happen to be your manufacturer of choice, you can also visit some of the indoor test tracks the show has to offer, such as Camp Jeep, where you can try the latest models on their own 18-foot tall, 35-degree steep “mountain.” You can also visit the Ram Truck Territory, where you can try the Ram 1500, 2500 and 3500 models, all within a 28,000 sq ft space.

The highlight of the 2021 Chicago Auto Show will be the competition in the electric vehicle market. With the desire to find more eco-friendly fuel sources, electric vehicles (EVs) like the debuting Toyota Rhombus prototype will be some of the most showcased vehicles at this year’s show.

With Ford bringing their latest lineup of electric vehicles like the Mustang Mache-E, you can expect that many other manufacturers will be following suit. That’s why at this year’s Chicago Auto Show, we expect most of the vehicles that will be on display to have some type of EV model available, including the BMW C3, the 2022 Lexus NX, the Nissan Leaf, and Subaru Crosstrek.

With so many new and interesting vehicles on display at the 2021 Chicago Auto Show, it is sure to be an exciting experience. Whether you prefer Ford, Toyota, Nissan, or another car manufacturer, an Endurance protection plan can help safeguard you and your wallet from unexpected and costly auto repairs. Each Endurance protection plan also comes with one free year of Elite Benefits – in which you can receive extra perks like 24/7 roadside assistance, key fob replacement, and up to two tire repairs or replacements per year.

Upgrade to the EnduranceAdvantageTM package for the most comprehensive vehicle protection plan available. It includes up to $3,500 each year in regular maintenance coverage per year and offers unrivaled benefits. With EnduranceAdvantage, necessary services like alignments, tire rotations, engine diagnostics, up to three oil and filter changes, and more are covered under this plan at no additional cost.

To learn more about how Endurance can help protect you from expensive repairs, request a free, no-obligation quote. You can also visit our Learning Center to discover more helpful articles that empower confidence for the road ahead.