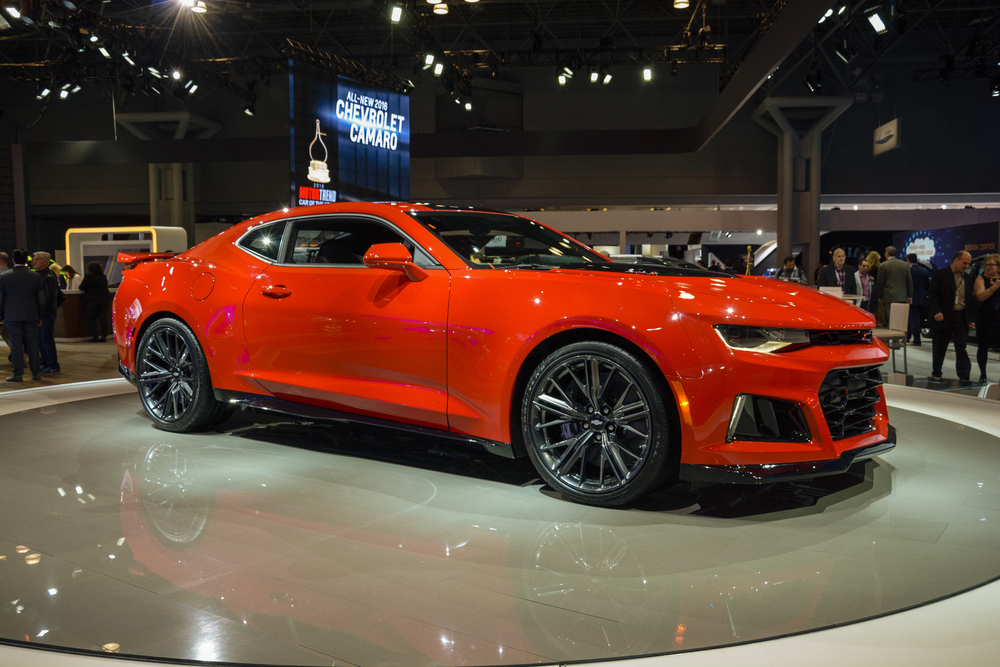 It is true that the majority of new vehicles shown at the New York International Auto Show had already made their way to the press and the public at the other auto shows: Geneva, Chicago and Detroit. However there were more than a dozens of exclusive world debuts in New York last week, and we’ve put together the 10 most interesting models here for your easy reading.

This is a completely redesigned Impreza. Using Subaru’s new mobility platform, the Japanese company has upgraded the Impreza in almost every way that matters: it has great body strength, a new crash protection system but inside the engine power has been juiced with considerable updates to fuel efficiency and new interior features. In the last five years, Subaru has been on a growth spurt, quickly outracing the competition. This all-new Impreza keep up this pace.

If you once thought the V8 Camaro SS wasn’t fast enough (really? Is goes zero-to-60 in 4 seconds), you are in lick. This all new 640-horsepower ZL1 introduced in the Big Apple is the answer to your wishes. As that level of power, there’s no doubt in our minds that this car will give you down right neck-snapping speeds. It’s coupled with an all-new 10-speed automatic (or 6-speed manual), you read that right, this car alone will shave a full second off that acceleration time of the other model.

The Nissan GT-R is seen by many as drastically overpriced. However one need only look at its performance capabilities to realize how it leaves a majority of the decade’s most expensive exotic cars in the dust. This current model is no exception. When is made its way to NYC we saw a plethora of upgrades all aimed at enhancing its performance and refinement. This thing is a monster (Nissan and enthusiasts call it “Godzilla”) and it is both more frightening and more lovable than ever before.

The reception to this new Mercedes-Benz C-Class has been nothing short of positive. While the previously-released C63 coupe merely updated performance, this one new has a convertible option. Let’s also not overlook the shift from 469 to 503 horsepower which delivers a zero-to-60 time of 4.0 seconds flat.

Hyundai’s new luxury division is driving like they are running out of time. This slick concept car is notable for its combination of an advanced turbocharged engine and an electric motor to generate 242 horsepower while burning little fuel. And look how gorgeous the thing is: the shapely outer body is like nothing we expected from Hyundai.

This is hands down ONE of the most technologically advanced sedans on the market, if not THE most advanced. In essence the new Mercedes-Benz E-Class is as close to pure autonomous driving as you can are likely to get this year. Even if you would like driving yourself instead take comfort in being able to hit 60 mph in 4.5 seconds and toying with the latest and greatest in tech accessories.

In our era of being wary of wasting gas and/or hurting the environment, the large sedan segment is struggling. Luckily, Kia didn’t get the memo: the Kia Cadenza offers just the right mix of luxury and value. On top of being better built than the last model, it’s got newly upgraded driver technology and interior materials.

Not quite a concept, not quite a production vehicle: the hatchback version of the 10th generation of the Civic is set to go on sale in the U.S. later this year hopefully. It’s got a unique visual styling on top of packing a 2.0-liter turbocharged 4-cylinder engine pushing at 174 horsepower and a 6-speed manual transmission. The Civic is one of Honda’s more popular cars, we so no reason why that would change.

In case you couldn’t tell, this SUV has gull-wing doors. That’s where a lot of the attention was aimed at, but unfortunately it seems that won’t be in the production version. However this one concept showed off a remarkably spacious & upscale interior and distinguished sleek body lines atop an imposing proportions fit for any big SUV. The best news is that aside from those awesome doors, everything else is coming with the production version next year.

If you had told us that a Mazda Miata would steal an auto show, we’d have laughed it off. We were fools. The sleek fastback design of the all-new Miata RF (“Retractable Fastback”) did the unthinkable in NYC. From the crowd pleasing roof lines had everyone with their jaws on the floor to the revelation that this hard top roadster might very much be the perfect all-weather sports car we dreamed of.

So in the end, if we had to sum up what we thought of all the news from the NY Auto Show, our answer would be: enthusiastic. Every auto show is supposed to dazzle us with all new, better looking machines but this year’s show emotional not just in terms of design, but just how much cars have changed in terms of engineering and technology. This model year, and the future, just got a little brighter.