The Dark Side of Motorsports: Corruption, Intrigue, and Scandal 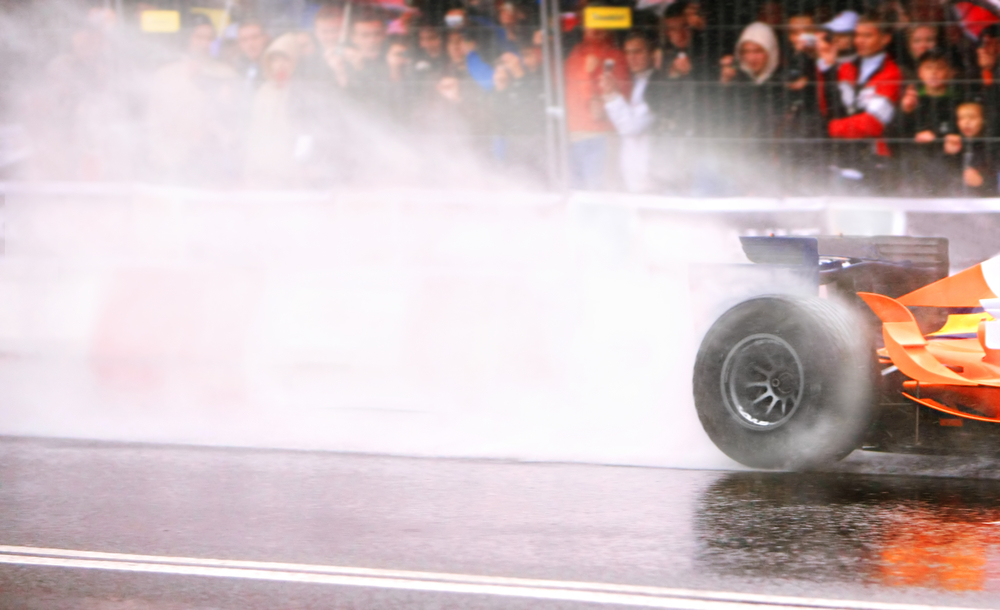 A little while ago there was big news that racecar driver Scott Tucker was arrested for racketeering within the motorsport industry, this means that he and a few others were caught running an illegal business on the side from within their institution.  This may have rocked the world of his fans, but for those in the know about the sport, this was no surprise. Like every organized institution, the world of motorsports is no stranger to corruption, intrigue, and scandal. Today on ShopTalk we’re giving you a brief overview of some of the industry’s biggest crimes.

Believe it or not behind the scenes of motorsports, crimes go beyond cheating: there have been many arrests over the years for drug dealing, money scams like Ponzi schemes and  those are just the more popular misdeeds that leave officials and sometimes drivers away in handcuffs. Sin the case of Scott Tucker, he had been under the eye of the been the target of the Federal Trade Commission for years. This was related to his alleged engagement with a scheme involving deceiving payday lending customers. Tucker allegedly embezzled proceeds from his legitimate lending businesses (through his credentials as a motorsport insider) to (according to Reuters) “receive at least $419.8 million and pay for luxury vehicles, private charter and jet flights, and for an $8 million residence in Aspen, Colorado.” Additional money was supposedly taken in order to his racing team, Level 5 Motorsports to make up for a lack of sponsorship fees.

Fans and insiders have always been weary of the showmanship regarding Tucker and his team’s knack for excess since early in their career. However this was merely conjecture and suspicion since Tucker painted himself as a private recluse: rarely seen rarely seen outside his home and ostentatious racing fortress. And what I mean by that is that most professional sports-car teams use standard transporters and equipment to create a mobile garage: Tucker’s Level 5 had a completely from the ground up designed stronghold of sorts with a large number of security guards to police it. There was always a big question as to how exactly his massive fortune was earned. This is where the rumors of payday loan improprieties started growing and has been a shadow on Tucker throughout his time as a sports-car driver.

Despite or perhaps because of Tucker and his unmatched privacy at a racetrack his team and whole operation is admittedly run with noticeable quality record. However, his spending habits were unfathomable.  With the profits alleged by the FTC alone, Level 5 may have been able to acquired their fleet of cars that were used in a number of racing series. He spared no expense hiring  the top drivers—champions and media stars alike. His team had IndyCar champions, sports-car champions, Le Mans winners, and other high-profile racers who were paid well above industry standards race under the Level 5 banner. And it worked, his team had multiple championships and race wins in the bag.

With this arrest, it seems the saying is correct: the bigger they are, the harder they fall. Even if the allegations prove untrue, Tucker’s reputation is marred. As for the motorsport industry, it’s par for the course.

Scott Tucker’s arrest isn’t uncommon. Not long before Greg Loles,  co-owner of the Farnbacher Loles team was our face of scandal in motorsports. The man was caught duping parishioners of the  St. Barbara’s Greek Orthodox Church in Danbury, Connecticut into a Ponzi Scheme. He was sentences to 25 years for stealing approximately $27 million from 250 people. Other racers who left the finish line in handcuffs were former IMSA champion Randy Lanier. He just completed his sentence for drug smuggling.

It’s not a uniquely American thing either. In Europe, former British Touring Car Championship entrant Vic Lee was arrested and sentenced to 12 years after he was caught using his team’s transporter to smuggle almost $10 million in cocaine. He did this using his team’s nitro gas cylinders.  This happened in 1993 before he was paroled and then he returned to prison in 2005 for committing the exact same crime.

James Munroe launched his British GT effort in 1998 with a huge suspiciously ritzy affair that set off an investigation. Munroe was promptly found guilty of a near $8 million embezzlement scheme involving the textbook company McGraw-Hill and he did serious jail time. After he got out he did it again in an attempt to regain the wealth he lost in the 1st case.

You’d think Motorsports would have great lawyers at this point? Well, enter Rohan Skea, the Australian lawyer behind a high profile two-car ALMS Porsche team. He was charged with multiple instances of fraud. What Rohan did was get multi-million dollar loans for  non-existent assets. He was given a 6 year sentence until in the 4th year, more allegations came to light.

Perhaps the biggest name in scandal right now besides Tucker is Daniel Uckermann, who is still on the run from the law his Ponzi scheme was uncovered. Uckermann was the a 2015 GT4 Euroseries class champion. After his big win in August, he never picked up his trophy because he went hiding to evade creditors whom he owes upwards of  100 million Euros. German authorities believe that Uckermann has fled to Africa.

Of course every sport or industry will have its own share of bad eggs that dampen the enthusiasm overall for the sport. And while none of the incidents we’ve mentioned above has never reached the worldwide level of intrigue as Lance Armstrong’s steroid usage or OJ Simpson’s infamous murder trial, these serious crimes will forever taint the world of motorsports and devastate fans across the globe until corruption is completely eradicated.